Sydney’s top Sydney Hotel accommodation is located 8 km from the heart of Sydney. The perfect base to go out and explore the city from. The hotel is conveniently located in Summer Hill, with an easy walk to train stations and a bus stop right out front. Enjoy features such as free secured undercover car parking, free wifi, and Foxtel. We are conveniently located close to cafes, supermarkets, fast food restaurants, and fine dining restaurants.

Staying with Marco Polo, Sydney’s most affordable hotel is perfect if you wish to be close to everything. Literally, all major tourist attractions are within a short train ride, making it very easy to quickly get to the city if you need to.

All major shopping malls are also located in the central area, such as Pitt Street Mall and the Queen Victoria Building. You will also be surrounded by countless restaurants, from budget-friendly eateries to expensive fine dining establishments.

Check In Time: 2:00pm – Check Out Time: 10:00am
Early check-in and late check out options are available upon request, subject to availability.

Reception Hours: Open 24 hours on Fridays and Saturdays
Sunday to Thursday, hours are 7am to 11pm.

WiFi Free! WiFi is available in all areas and is free of charge.

Marco Polo Sydney is situated near Universities, Hospitals, and other major localities:

Choosing where to stay in Sydney can be a challenging task. Your hotel and also the area you’re staying in can make or break a holiday. With Marco Polo Sydney, we are located close to all Sydney has to offer and some of the top suburbs within 8 minutes from the Inn.

Staying at Marco Polo Sydney Motel keeps you close to all the action and the city’s most popular attractions and landmarks, not to mention the great variety of dining options, shopping malls and theaters.

You won’t have to venture too far from your accommodation to splash out on a city shopping spree or to relax and watch a movie. Discover the best shopping in Sydney, right in the heart of the city, or venture to closely located factory outlets, all within 8-10 kilometres from our accommodation. You’ll also find the famous Westfield Sydney located on Pitt Street, making it a one-stop-shop for the ultimate shopping stay! The perfect hotel to drop your bags and sink into comfort and style in-between shopping stints. 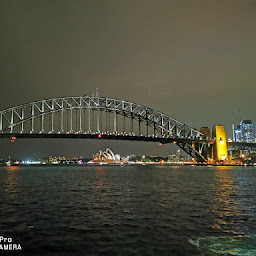